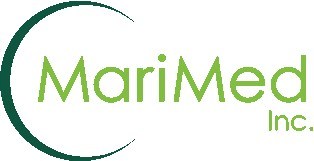 "I am thrilled to welcome Howard to the MariMed team and look forward to him significantly elevating visibility of the Company and our brand portfolio," said Bob Fireman. "Howard's unique background combines traditional corporate communications and brand marketing PR in cannabis, CPG, retail and other sectors. We are on a growth trajectory, with a focused strategic plan that's working. Howard brings exactly the right skill set to tell our compelling MariMed story to investors and the media, to generate even more attention for our award-winning brands among customers and patients, and to align our employees around our mission and values."

Mr. Schacter brings a wealth of communications experience to MariMed, having counseled companies including Facebook, McDonald's, Microsoft, Spotify, and many others as a senior executive at leading PR agencies. He most recently served for three years as head of communications for another leading multi-state cannabis operator, Acreage Holdings. Prior to entering the cannabis industry, Mr. Schacter earned a Brandweek Marketer of the Year award for creating and promoting a portfolio of licensed celebrity and athlete brands for apparel retailer Steve & Barry's. Earlier in his career, he led the communications department for SFX/Clear Channel Entertainment (subsequently rebranded as Live Nation).

Mr. Schacter received a Bachelor of Science degree from the University of Maryland at College Park.

MariMed Inc., a multi-state cannabis operator, is dedicated to improving the health and wellness of people using cannabinoids and cannabis products. The Company develops, owns, and manages seed to sale state-licensed cannabis facilities, which are models of excellence in horticultural principles, cannabis cultivation, cannabis-infused products, and dispensary operations. MariMed has an experienced management team that has produced consistent growth and success for the Company and its managed business units, keeping it at the forefront of cannabis science and innovation. Proprietary formulations created by the Company's technicians are embedded in its industry-leading products and brands, including Betty's Eddies®, Nature's Heritage™, Bourne Baking Co., and Kalm Fusion®. For additional information, visit marimedinc.com.

This release contains certain forward-looking statements and information relating to MariMed Inc. that is based on the beliefs of MariMed Inc.'s management, as well as assumptions made by and information currently available to the Company. Such statements reflect the current views of the Company with respect to future events, including estimates and projections of revenue and EBITDA and about its business based on certain assumptions of its management, including those described in this release. These statements are not guaranteeing of future performance and involve risk and uncertainties that are difficult to predict, including, among other factors, changes in demand for the Company's services and products, changes in the law and its enforcement, and changes in the economic environment. Additional risk factors are included in the Company's public filings with the SEC. Should one or more of these underlying assumptions prove incorrect, actual results may vary materially from those described herein as "hoped," "anticipated," "believed," "planned, "estimated," "preparing," "potential," "expected," "looks" or words of a similar nature. The Company does not intend to update these forward-looking statements. None of the content of any of the websites referred to herein (even if a link is provided for your convenience) is incorporated into this release and the Company assumes no responsibility for any of such content.

All trademarks and service marks are the property of their respective owners.